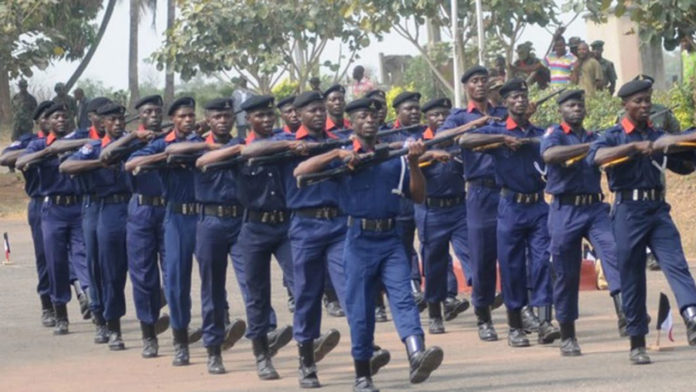 Speaking during a visit at the Government House, Umuahia, Commandant Ogu, pledged to bring his expertise to bear in the discharge of his duties in the State.

The new NSCDC Commandant said the essence of his visit was to introduce and familiarise himself with Governor Okezie Ikpeazu-led Abia government.

Receiving the new NSCDC Commandant, Chief of Staff to the State Governor, Barrister Anthony Agbazuere, charged Ogu to interferce with other security agencies in the State and be proactive in order for Abia to remain the most peaceful and safest State in the country.

Agbazuere reiterated that it was only when security agencies work as a team that they would achieve the desired objective of safeguarding the State.The Chief of Staff turged the new State Commandant to concientize traditional rulers and other stakeholders on the need to protect private, public and government properties in the State as well as ensure that those who vandalize gas pipelines, destroy street lights and other government infrastructures are apprehended and prosecuted.

He further encouraged him to be civil, focused and diligent in carrying out his assignment, assuring the NSCDC commandant of the unhindered support of the State government in the discharge of his duties.