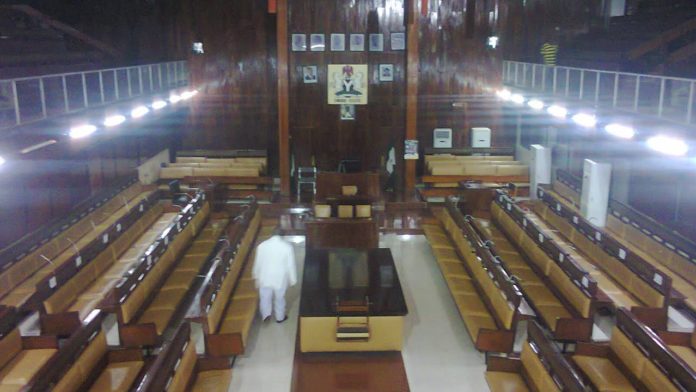 Enugu State House of Assembly has urged the state government to release more money for the completion of permanent site of the Enugu State College of Education, Technical, in Ihe, Awgu local government area.

The Assembly also called on individuals, corporate bodies, as well as donor agencies to assist the state government in completion of the citadel of learning.

The House Committee Chairman on Works and Infrastructures, Mr Chima Obieze, made this appeal in Enugu on Friday during an ongoing project inspection tour at Aninri and Awgu Local Government Areas, respectively.

Obieze explained that releasing more fund would enable the contractors handling the project to begin work on academic blocks, so that academic activities could start in the college.

According to him, the Enugu State College of Education, Technical, which is cited at Ihe in Awgu Local Government Area, when operational, will contribute significantly to the development of Ihe community.

The lawmaker applauded the indigenes of Ihe for supporting the state government by building one faculty and urged corporate bodies and donors to also contribute their quota to the building of the institution.

“We are inspecting the administrative block of the proposed Enugu State College of Education, Technical.

“We already have College of Education; this is the permanent site where we intend to upgrade it from college of education to university of education.

“From what we see on  ground, the contractors are doing the needful.

“So we will recommend that more funds can be released so that it can achieve this within the shortest time possible.

“We are informed that the host community has contributed money to build one faculty to support the government in this initiative.

“We hope they go ahead to carry out their promise to the Enugu State government.

“We also call on the general public, donor agencies and corporate bodies to come and invest in the educational facilities,” the lawmaker said.

In their separate reactions, the chairman of Awgu Local Government Council, Mr Chukwudi Nwankwo and that of Aninri, Mr Ezekiel Chukwu, commended the legislators for inspecting projects being executed in the councils.

They thanked Gov. Ifeanyi Ugwuanyi for approving many infrastructural projects in their areas which, according to them, had helped to develop the areas.

The team also inspected Nenwe Road project, which is almost completed, among others.