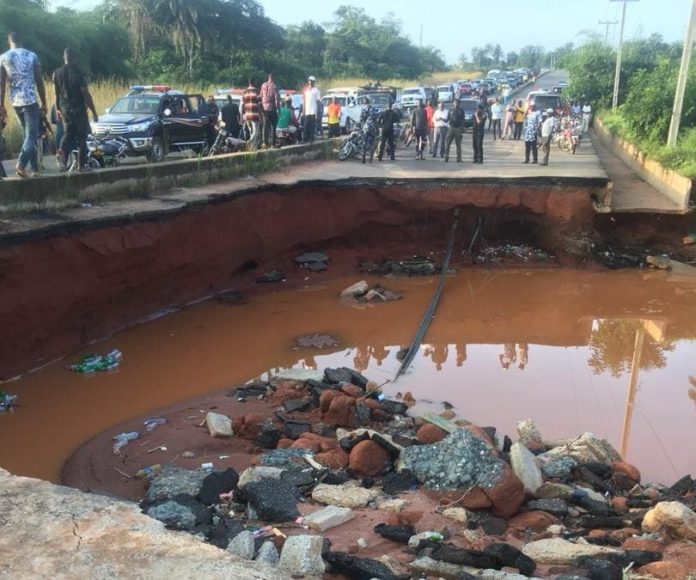 The group made their position known when they paid a courtesy visit to the Honourable Commissioner for Live Stock Development Honourable Obiageri Ajoku. They called on the Government in power to immediately come to their help by rehabilitating the road

The group led in their visit by their patron High Chief Godwin Achonwa regretted that the sorry state of the road has given rise to continued attack and harassment of innocent people passing through the road by bandits.

They observed with dismay that further delay in the rehabilitation of the road would continue to encourage criminal activities such as armed robbery, kidnapping among others adding that criminals considering the ugly situation of the road  have continued to wreck havoc against users of the road.

The group appealed to the government to hasten up in the rehabilitation of the road adding that it is the only way to stop all manner of criminal activities in the area. They also pointed out that the road is the only shortest road linking Ilile community and other neighbouring communities both in Imo and Rivers State adding that it also serves as a bypass for road users playing Owerri Port Harcourt express high way.

The Ilile Elites frowned at the failure of the NDDC to extend the contract on the rehabilitation of the road to Ilile after working on Obinze Umuokanne road, describing it as unfortunate. The delegation also reminded that for many years, the community has been living in total darkness due to lack of electricity while calling on the Government to as a matter of urgency do something to fix electricity in their community.