Imo By-Election: Hundreds Of Pastors Pray For Accord Candidate 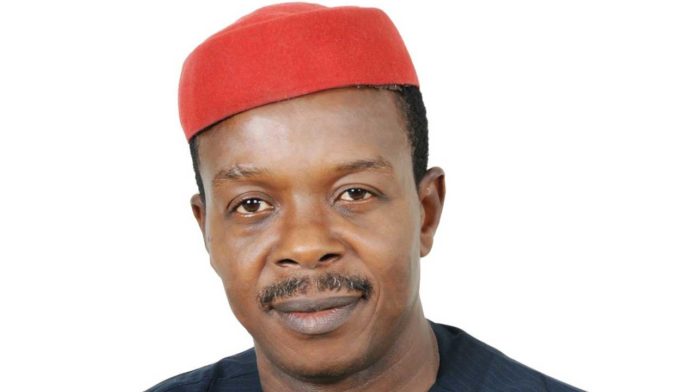 The Imo North senatorial candidate of the Accord Party, Patrick Ndubueze yesterday continued to receive prayers from hundreds of men of God of different denominations ahead of the October 30th Imo North bye-election.

One of such prayer battles which took place at Umualumoke in Okigwe local government area of Imo state was led by the coordinating minister, Edison Onyemuche.

According to Onyemuche, the prayer point was to hand over to God Ndubueze’s victory as well as for God to take over the election process and control the officials of the Independent National Electoral Commission, INEC, and the security operatives whom will be posted to the zone for the election in order not to compromise.

Onyemuche recalled that in 2019 that they did the same prayer for Ndubueze at that time he was of the senatorial candidate of the Peoples Democratic Party, PDP, and he said that it was an answered prayer.

According to the clergyman, ‘In 2019 we did it all the men of God in Imo North senatorial zone gathered and prayed and God answered our prayers but they continued to stand against him. He was leading and winning the election and everybody saw it. Many people were waiting for his name to be announced.’

‘But this time around we have gathered to ask God to take over the mindset and positions of the INEC, officials including the security men that will man the election materials. Those gang up will be broken and all the people of Okigwe zone will laugh again.’

Responding, Ndubueze said: ‘What we have is God. They have money and power but we have God. As usual, I have presented this journey to God Almighty to lead me and my people. One with God has everything and we are not afraid because it is a divine mandate and journey.’

Patrick Ndubueze, kneeling down before clergies while receiving prayers at Umualumoke in Okigwe local government area of Imo state.