HomeFeaturesNigeria At 60: We Are Ready For Electric Cars, Says Innoson
Features

Nigeria At 60: We Are Ready For Electric Cars, Says Innoson 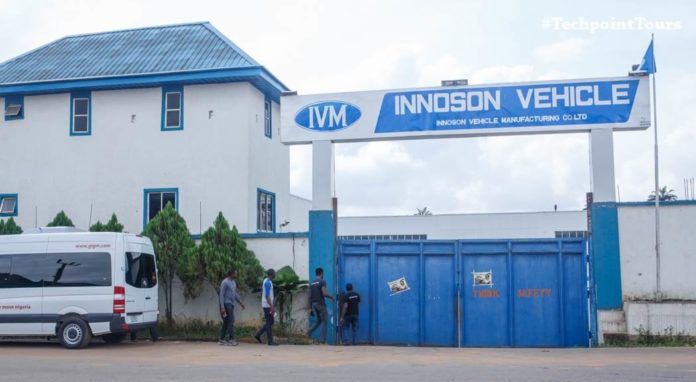 Just as the Presidency unveils auto-gas as an option for fuel in the country, Innoson Vehicle Manufacturing Limited (IVM), has said the country is all ready for the world of electric car manufacturing.
Chief Executive Officer of the indigenous vehicle manufacturing company, Dr. Innocent Chukwuma, said IVM had planned ahead for the new era of innovation in automobiles and would drive the programme to success.

Chukwuma, who also marks his 60th birthday today, reminisced on the journey thus far, with optimism that indigenous production has a lot of prospects with national support.

He said the auto industry today is making progress, despite the peculiar circumstances in the country.

“We are very ready and prepared. Presently, we have not started to manufacture vehicle engines, what we are doing is the manufacture of the body of vehicles. So, if electric cars become the ultimate, we will then begin to buy batteries, instead of the engines we presently use. It’s that simple. That’s why I said we are prepared for the coming trend,” he said.

Chukwuma added that the local patronage was doing well, though could do better.

“It’s understandable that it will be progressively gradual. The corporate citizens, governments at all levels, and individuals are trying their best to patronise us. We are very confident that in the near future, we will have substantial patronage from them. It’s indeed improving steadily.

“Electricity is one of our challenges. Though, it is witnessing a commendable improvement. Actually, when we started there were a lot of challenges but today the government has done a lot to support the industry. We started when there was no electricity at all. But there is a lot of improvement today.”

Background
Born on October 1, 1960, to the family of Mr. and Mrs. Chukwuma Muojekwu, as the sixth and last child of the family, his arrival coincided with Independence Day. Hence it was a double celebration for the entire family.

He didn’t waste time to make a foray into the corporate world even as an assistant to one of his elder brothers – Gabriel Chukwuma (popularly known as Gabros) in his patent medicine retail shop, while he awaited the result of his Joint Admission and Matriculation Examination. He had applied to read Mechanical Engineering. Unfortunately, he could not make the required cut-off point.

It didn’t take long before his brother, Gabros discovers his young brother’s deep talent in the business. Consequently, he sent him to Chief Pius Chukwuma, the elder brother to Dr. Cosmas Maduka (Coscharis) to learn motor/motorcycle spare parts trade.

As a take-off fund to start his own business when he concluded his apprenticeship training under Maduka in 1981, he got N4000 from Gabros. Within a short space of time, young Innocent turned the N4000 into a conglomerate of international repute.

Dr. Chukwuma, like a mustard seed, has blossomed in multidimensional sectors. He is endowed with a razor-sharp intellect and business acumen that has literally turned everything he touched into gold.

Today, he has become an entrepreneurial juggernaut, a child of destiny that has shattered all barriers and surpassed all expectations to succeed.

He became the first private Nigerian to locally assemble and subsequently manufacture the Innoson brands of Motorcycles and Motor vehicles in Nigeria. He shoved, braved, and persisted the rough and tough times and terrain of the nation’s business and economic environment to become one of the most accomplished Nigerian in the manufacturing industry today.

Among the brand range of Innoson Motors are sedans, SUVs, pick-up trucks, big and smaller commuter buses, rugged SUVs, and many more for everyone’s needs.

Dr Innocent Chukwuma by dint of hard work and perseverance moved steadily and sure-footedly from petty trading of buying and selling spare parts to importation, then now into manufacturing, distributing, and exporting various products including motor vehicles. He has become a giant in the manufacturing sector in Nigeria today.
Goodwill

To most of his friends, associates, and longstanding customers, Dr. Chukwuma’s birthday is a celebration of 60 years of industry and thinking outside the box.

He has seen it all – hardship, rough business terrain, challenges, and tough times. But because he persevered, his life and testimony have now become a cheering lesson to many.

In the words of his in-laws and close associate, Chief (Sir) Louis Carter Onwugbenu, Dr. Chukwuma “is a child of destiny that before he was even born, God had already marked him for what he is today. Such that, no efforts by detractors and enemies to frustrate his lofty dreams of taking the Nigerian manufacturing industry to higher pedestal will succeed.”

Onwugbenu also urged governments at all levels to patronise IVM, considering that he has employed over 5,000 Nigerians.

Taking a cue from the British government where no government official is allowed to use any other vehicle brand except those manufactured in Britain, Onwugbenu appealed to the Federal Government to consider making Innoson brand of vehicles the official brand of government.

“This would in no small way bolster all that the Nnewi-based vehicle firm is doing. It would not only encourage foreign governments to buy more of it, create more room for employment, more credit, more taxes, and so on.”