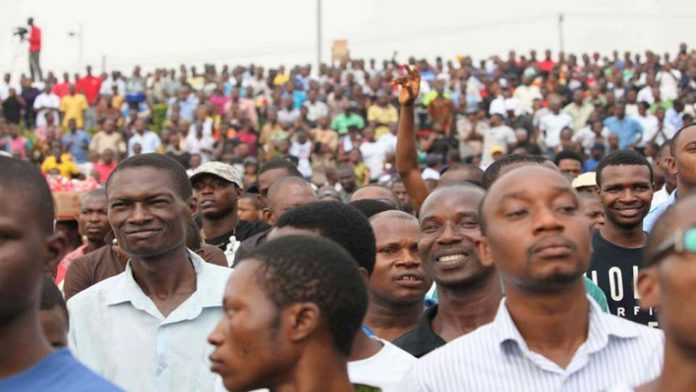 The Federal Government ha said 100 unemployed youths and women in Ebonyi State are participating in its agriculture training programme in Abakaliki.
The programme, under the Sustainable Agricultural Development Training Scheme (SADTS) is part of an effort by the government to contain growing unemployment in the country.
The Director-General, National Directorate of Employment (NDE), Dr Nasir Argungu, said at the weekend training youths in modern agriculture approach would also boost food production reduce rural-urban migration.

Argungu, who was represented by the state coordinator of the NDE, Marcel Igboanude, said the youths would be trained in crops production, fishery, poultry, piggery, apiculture and others.

The DG said: ‘It is pertinent to note that the NDE has trained about 205,000 unemployed youths in various job creation programmes and schemes in Ebonyi State since its inception in 1998. The directorate has resettled about 5,000 youths to establish various business enterprises.’

‘At the end of the training, the trainees are expected to form agricultural cooperatives which will enable them to access necessary linkages and financial support to establish modern food production and employment generation.’
Meanwhile, the state government at the weekend defended its decision to set up Ebonyi State Vocational College, saying it is already enjoying the outcome.

This followed the designing of electric tricycles and other machines by some of the students.

The Special Assistant to the Governor on Vocational Education, Dr. Adaeze Nwaji, said this during an interactive session with journalists in Abakaliki.