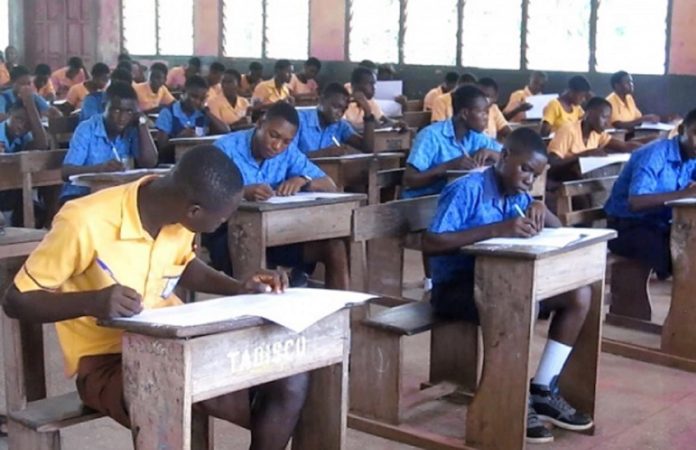 The 2020 Basic Education Certificate Examination, known as Junior WAEC, has been approved to start on Monday, September 21, 2020, in Ebonyi State.

The decision was part of the resolutions reached after a stakeholders’ meeting with the state Commissioner for Education, Onyebuchi Chima on Monday.

Onyebuchi, however, told stakeholders that the state government had directed that the questions for the examination should be written on the chalkboards instead of the usual printed question papers by the ministry.

According to Chima, conventional answer booklets will also not be made available, as principals and proprietors of schools will have to collect ordinary foolscap sheets with ink markers and chalks from their various local education authorities for the exercise.

The commissioner said every school would collect only one question paper in each of the subjects for replication manually on boards for the pupils, while there would be no room for practical or alternative to practical.

Part of the resolution at the meeting read, “The exams shall last only one hour for each paper. Each student is expected to answer only two questions in all.

‘That all questions shall be theory, no objectives; that only main papers shall be given, no practical or alternative to practical.’

Meanwhile, some principals, as well as proprietors of private schools, have expressed disappointment over the situation and alleged that the government was shortchanging both the schools and the students.

Some of them, who spoke to our correspondent on condition of anonymity, said the ministry had no defence for directing that the examinations should be written on boards, claiming that the government had levied huge sums of money on the schools and the students.

A private school director said, ‘All private schools were charged annual renewal fee ranging between ₦30,000 and ₦500,000 by  the government based on assessment.’