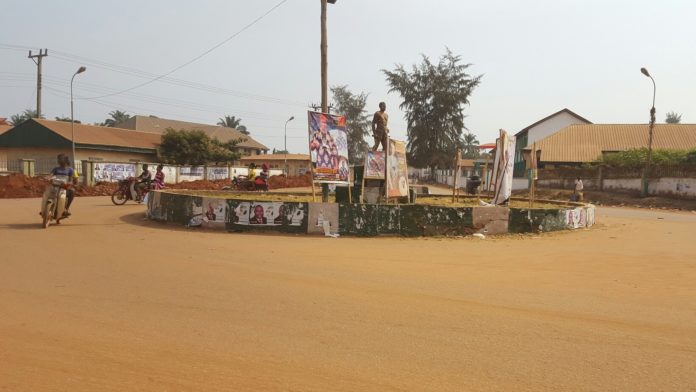 Town union election of Akpa Edem autonomous community in Nsukka local government area, Enugu state has split the community into two factional groups over who would take the slot of the president general and other positions.

Vanguard gathered that there were accusations and counter-accusations on top government officials allegedly thwarted the election to favour a particular candidate while the factional group led by Mr Hyacinth Ogbuka contesting for president-general accused prominent citizens of the community of monopolizing issues in the community, explaining that issues of the community should not be left in the hands of few people.

Ogbuka said that he pulled out of the contest when it was allegedly obvious that the election has been hijacked and the result of the election is acceptable by him, noting that he would take legal action to challenge the result on points of law.

He complained that the contestants were informed that the election wouldn’t hold as scheduled till after a meeting with the commissioner for rural development slated for September 14, 2020, only to turn around and held the election as earlier planned.

He said that the permanent secretary Ministry of rural development Mr Chuka Ezike and team was to supervise the election but ended up conducting the election against the tenets of the election committee of the community.

Ogbuke said “the result of the election was not acceptable by him as it was compromised by the by few people of the community,”  he said.

In his words “I pulled out of the election because the committee secretary fed the community with quiet lies that election has been put hold till after the meeting with the commissioner for rural development Prince Emeka Mamah,  turned around and held it after disabusing the minds of people over the election,” he said.

Dr Benedict Ezema permanent secretary ministry of finance Enugu in an interview said that the election was free and fair to the acceptance of the community, adding that Ogbuke pulled out of the election halfway on his own volution, nobody asked him to pull out,  his claims of being biased is baseless and unfounded.

“Since the annals of the history of the community, the election has never been contentious as we normally select one person on a rotational basis among the eleven villages of the community.

“We were all surprised at the insistence of  Ogbuka for the president general even when his village has just served out of the position. We pleaded with him to take the option of vice but he refused,” he noted.

The election was conducted under option A4 for transparency and honestly, Ogbuka was in for it only to shout fawl half way to the conclusion. The election was conclusive to the acceptance of the supervising ministry of rural development and the entire community.

Prominent among the top notchers of the community that upheld conduct of the election as free and fair, saying that reconciliation committee would be set to amend any broken fence of the community for peace and coexistence include Prof. Ugwoke Paulinus, Dan Onyishi, a retired assistant commissioner of police ACP Matthias Aogwabd retired Navy commander Marcel Ugwu.