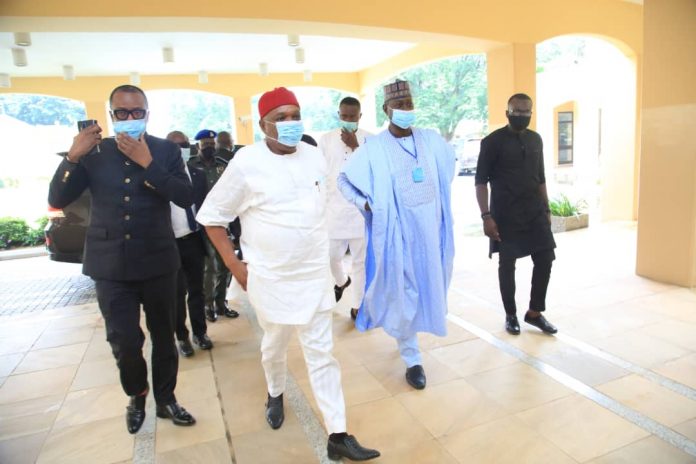 The Eastern Updates reports that Kalu, Chief Whip of the Nigerian Senate and former Governor of Abia State, arrived Minna on Monday for a visit to his political leaders.

OUK, as fondly called by supporters and political associates, arrived the ‘power’ state at exactly 2 pm alongside political friends, associates and aides.

The Senate Chief Whip met with Babangida, after which he proceeded to the home of former President of Nigeria and Military General, Abdulsalami Abubakar.

Governor of Rivers State, Nyesom Wike, has distanced himself from the presidential campaign posters pasted across the federal capital territory (FCT) and other parts...
Read more
Politics

Austin Chilakpu, Who is the Chairman of the Imo State Council of the Nigeria Labour Congress (NLC), has accused the Imo State Government of...
Read more
- Advertisment -