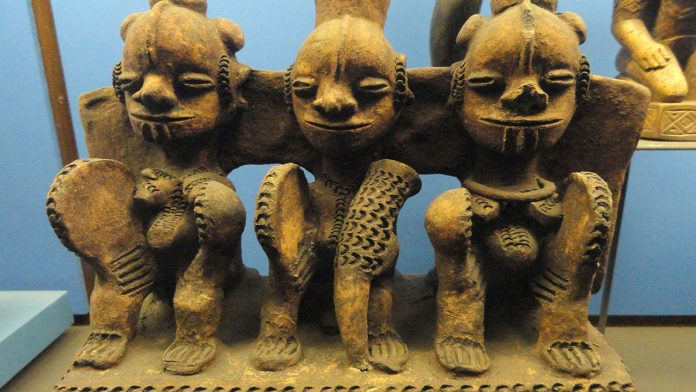 A man on Wednesday was cursed by the Anambra Chief Priest for allegedly stealing the head of a ram sacrificed to a deity at Iba Okaka Shrine, Abor village, Umuoji in Idemili North Local Government Area of the state.

The man was said to have dug up the buried head of the animal used in scarificial rites.

Chief Priest of the deity, Nnamdi Anaeze Ezegbo said, “Last time I slaughtered a ram to appease the gods to ward off all evils here and the head was buried in the ground as demanded by the Udo deity while some other parts were cooked and shared among those that were present, including a suspected thief notorious in the community.

“On the night of the fateful day when we had all left, the suspected thief stormed the shrine premises and exhumed the ram head which he stole for protection and power, knowing the efficacy of the Udo deity.

“I have advised him to return the ram head to avoid incuring the wrath of the deity.”