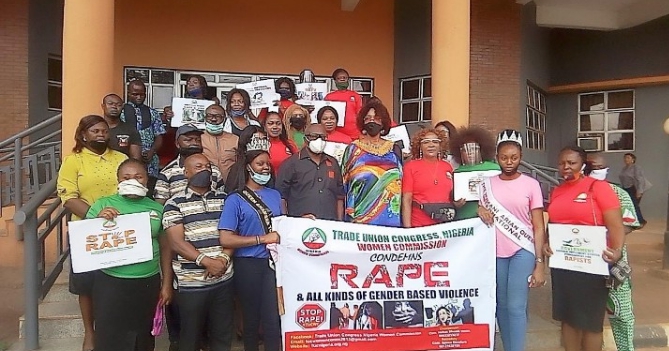 Mrs Ndidi Mezue, the Anambra Commissioner for Social Welfare, Children and Women Affairs, has said that the ministry would not relent in its efforts to fight the menace of rape in the state.

Mezue made this disclosure in an interview with News Agency of Nigeria (NAN) on Wednesday in Awka.

The commissioner said the government in its efforts to fight rape, had designated NTASI Sexual Assault and Rehabilitation Centre in Enugwu-Ukwu, Njikoka Local Area of Anambra for the programme.

She urged the public to make maximum use of the centre by reporting any rape case without fear of humiliation.

“Any reported case of rape in the state gets adequate attention and it is medically and legally free; we are serious to checkmate rape cases in Anambra,” she said.

The commissioner said that a total of 103 cases had been reported at the NTASI centre, and called on the public to join hands in the fight against the act.

She said that the report of rape cases was on the increase because more people were becoming aware of the existence of the centre.

“There is nothing to be ashamed of in reporting rapists to the relevant authority, covering the act would only mean approval; let us all be part of this fight,” she said.