Relevance Of Ndigbo In A Discriminating Political Sector 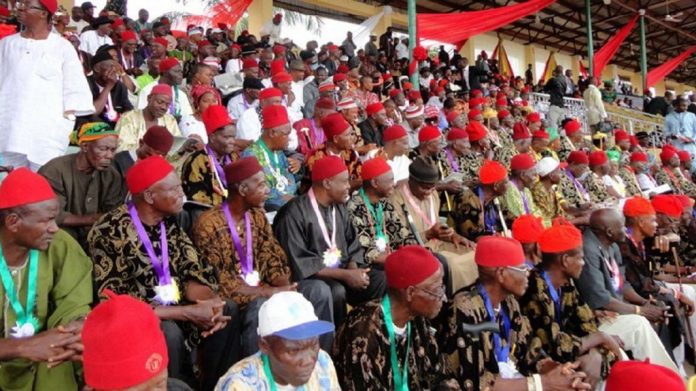 So much has been written about the fate and role of the Igbo race in Nigeria. Since the Nigeria-Biafra war, the rest of Nigeria seem to have doubt about the people who occupy the heartbeat of the Southeast region, while the later still struggle with acceptability and feeling of oneness with the rest of the country.

There is increasing realisation among Ndigbo that all is not well with the people, noting that some of the factors responsible for this include self-destructive politics and the tendency to heap the blame on others for critical political actions taken to suit the whims of individual on behalf of the people, which most often are inimical to the collective interest.

Read Also: 2023 Presidency: The Many Hurdles Before Ndigbo

This problem has become poignant because of the differing forces, which seem to be threatening the unity of Nigeria beyond the Igbo conundrum. But the reality is that Igbos may be the race that desire to have Nigeria as one indivisible entity, considering their ubiquitous foray and integration in all nooks and crannies of the country.

No doubt that the Igbos are featherweight in the Nigerian politics and it has been observed that the Igbo political elite and stakeholders in Igbo land always tend to manipulate the masses for self aggrandisement by vested interests, an attitude that has comfortably taken Ndigbo away from the political firmament in the country. The stigmatisation, demonisation and resentment against Ndigbo have generated the dynamics of political marginalisation of Ndigbo. These, one way or the other have resulted in the critical decline of Ndigbo in the political equation of Nigeria. All because of corrupt stakeholders.

The only panacea to this situation would be to join hands and struggle for the return of Ndigbo to meaningful political relevance which would require the exposure of these selfish interests of political stakeholders. This is no small matter because the contorted view of Ndigbo results from the manipulation of perception of the Nigerian masses which is largely responsible for the decline of Ndigbo in the political equation in Nigeria and to worsen things, Ndigbo have shown considerable love for Nigeria in many ways and deserve a better deal from their compatriots but this is not to be if they are still overlooked by other ethnicities and underrated by the Federal constituents.

Nigeria’s leadership  should struggle to epitomise equity and justice, doing this will build patriotic spirit among Nigerians and thus prompt Ndigbo to make more invaluable contributions to the development of the country much more than they are doing now under an overbearing air of uncertainty and marginalisation. Igbo political elites should also carry the people along in the spirit of onye aghana nwanneya (do not leave your brother behind), because when the chips are down, posterity would always judge right from wrong.