Panic As Suspected Explosive Is Discovered In Ebonyi Market 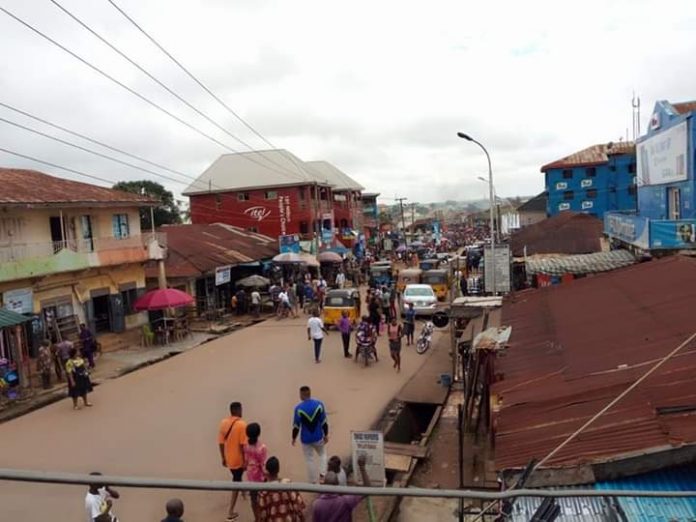 Panic broke out at the popular Ophoke-Abba market, Kpiri-Kpiri in Abakaliki, Ebonyi State, Monday evening, following the discovery of an object suspected to be an improvised explosive device (IED) in the market.

News of the discovery sent traders, buyers and passers-by in the market running for dear lives.

The incident which occurred around 4.p.m on Monday forced the market to close earlier than the usual 6.p.m closing time.

A trader at the market, Paul Onwe, told Premium Times that the incident could be likened to a war situation.

“People suddenly started running and shouting ‘bomb! bomb!!’, that a bomb had been planted by unknown people in the market.

“Within seconds, the news had gone round the entire market and people were running helter-skelter, while children were crying.

“I managed to pack my wares, lock my shop and run out of the market,” Mr Onwe said.

Another eyewitness, Edith Agu, said the incident caused a commotion at the market.

Mrs Agu said many abandoned their wares and fled the market.

“The entire market was thrown into pandemonium as people ran spontaneously out of the market.”

Police spokesperson in the state, Loveth Odah, confirmed the incident

She said that the police deployed the anti-bomb squad to the market.

“The divisional police officer in charge of the area received information that a substance was discovered at a shop in the market and he went to the area with officials of the Explosive Ordnance Disposal (EOD) of the Nigeria Police.

“The substance suspected to be an explosive has been evacuated and taken to the office for expert analysis. For now, we don’t know what the substance is until after careful investigation.”

John Nwanbeke, Chairman of the Ophoke-Abba Market Traders Association (OMTA), could not be reached for comments on the incident.