Arthur Eze: How Anambra Traditional Monarchs Sold Off Their Conscience 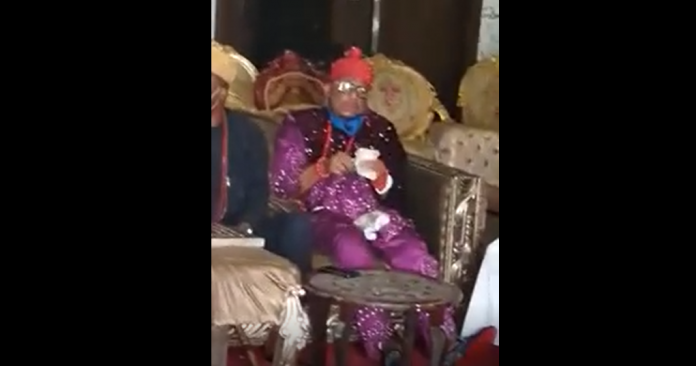 It’s often said that in giving (bribing) we receive favors. For billionaire oil mogul and philanthropist, Prince Arthur Eze, he perfectly believes in this maxim as it’s obvious he understands the art of giving (bribing). He gives (bribes) and as he keeps giving (bribing), the returns on his ‘socio-political investments’ and favors are tripling in many folds.

In a video obtained by the Eastern Updates, the Billionaire Prince Arthur Eze’s proxy Prince Austin Ndigwe (Uzu Awka) can be seen doling out huge amounts of cash to some Traditional rulers in Anambra. Take the event of last week, when the businessman, Prince Arthur Eze, brought a handful of traditional rulers from Anambra State to Abuja to discredit Governor Willie Obiano.

Eze has of late been having issues with his home state governor over the location of the newly created police zonal command covering Ebonyi, Enugu and Anambra states. Whereas the governor asked that it be located in the state capital, as in every other zone, Eze demanded that it be located in his native Ukpo, which, in the last three years, has engaged neigbouring Abagana and Abba communities in well-publicised fights over land ownership.

Chimamanda Adichie, the prodigious writer from Anambra State, has accused the police of openly taking orders from Eze, a wealthy businessman, in the war against neighbouring communities. At the inauguration of Zone 13 on Wednesday, July 8, 2020, Prince Arthur Eze thanked the police authorities for locating the zone in his village.

Like surprisingly, Buhari whose policies hardly favour the Igbos, at this time refused to play to the gallery by declining to see the traditional rulers whom Eze wanted to bring to him on Friday. He chose to shun the monarchs once he realised their mission was anything but noble. One of the traditional rulers has since October 25, 2019, been facing charges of conspiracy, perjury, and forgery before Justice Okon Abang of the Federal High Court in Abuja, in suit number FHC/ABJ/CR/255/2019. The charges were, interestingly, brought by the Buhari administration.

The President not only shunned these monarchs, he also advised Eze to “go home and reconcile with your governor who is doing a good job.” President Buhari always tells people about the excellent collaboration from the Anambra State government, which has enabled the federal administration to complete the Zik Mausoleum in record time, and assisted it to work on the Second Niger Bridge at an impressive speed.

Prince Arthur Eze, has shown that he has no regards for Igbo revered traditional institutions. Prince Arthur Eze allegedly released ₦250,000 each to the thirteen Igwes for their transport to Abuja with promise of ₦2million in Abuja but the notorious Uzu Awka shortchanged them and gave each ₦200,000 instead and ducked from the trip. Following the botched trip, Arthur Eze reneged on his promise of ₦2million per traditional ruler and gave the twelve royal renegades ₦500,000 each. 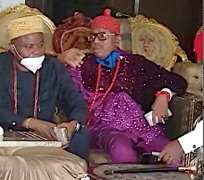 The southeastern political appointees know that the target of the visit was not Governor Obiano per se, but the entire Igbo race. As one of the Igbo appointees in the Buhari administration pointed out, “does Aliko Dangote or Mike Adenuga or Femi Otedola assemble a few unknown monarchs from his state to Abuja to abuse his governor for merely disagreeing on the location of the headquarters of a police zone?”

It is unbelievable that Arthur Eze should think in this age that, in a federation like Nigeria, a state governor should be reported to the President the way a parent would report a delinquent schoolboy to a headmaster in a village elementary school. Worse is that Eze is asking the Federal Government to seize local government funds due to Anambra State until the local government elections are held.  Thereby conferring on the President a right he does not possess.

The penchant of wealthy Anambra people to flaunt their money and Abuja connections at the drop of a hat is sickening. Tony Elumelu, Aliko Dangote, Femi Otedola and Mike Adenuga, among others, have far greater connections in Aso Rock. Yet they do not engage in the drama of harassing their own people with their “federal might.” President Buhari, by refusing to see the monarchs, did what a statesman should. On no account should they be allowed access to State House to disgrace Ndigbo.