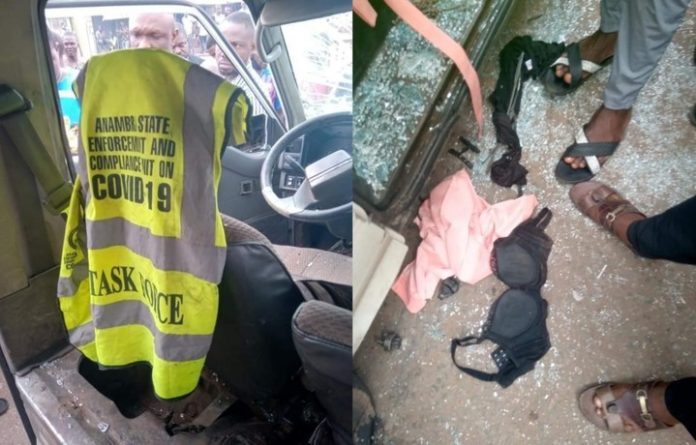 Some Anambra State task force officials have been nabbed while allegedly sexually molesting a girl they accused of flouting the law on wearing of face mask, The Eastern Updates reports.

The task force officials were accused of taking advantage of the girl in their vehicle at Nkpor community of the state.

Read Also: 3 Stripped And Paraded In Anambra Over Motorcycle Theft

The incident which attracted the attention of some residents of the community, led to the destruction of some parts of their vehicle.