Brave Woman Making A Living From Bus Driving In Enugu 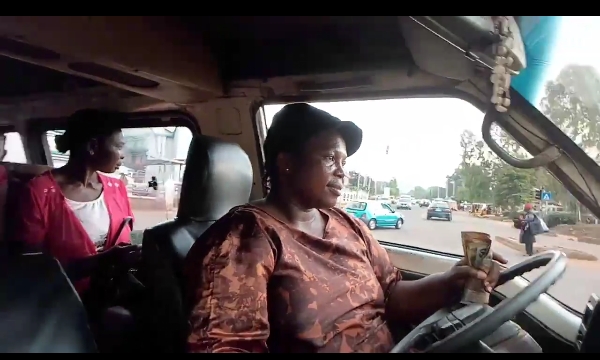 A female bus driver in Enugu state is inspiring many as she makes a living from driving a public bus.

The Eastern Updates sighted her inspiring story and video on the Twitter page CoalCityConnect. In the video, she could be seeing transporting passengers. Some Twitter users took to the comment section to identify with her and one of them said there was a day a man refused to board her bus because she was a woman.

The unidentified woman could be seen in a video transporting her passengers with utmost professionalism.

According to the user, the woman did not mind as she could be used to such encounter on a daily basis.