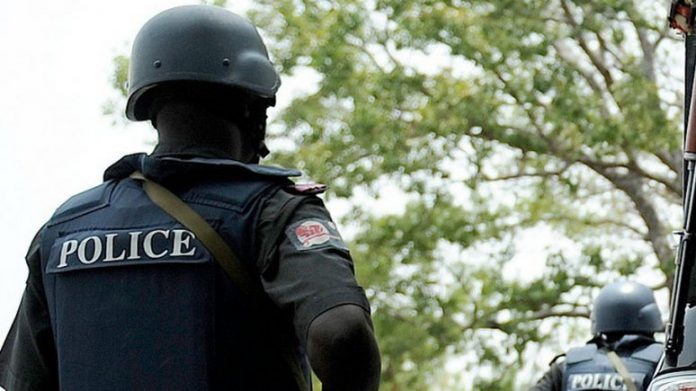 The  Suspects were shot dead during a gun battle.

Daily Sun gathered that three business persons from Enugu State who went to Ezzagu in Ishielu Local Government Area (LGA) of Ebonyi state for business purposes were kidnapped last week by some youths in the community and held hostage for three days.

The three victims were reportedly held inside a forest in the community before the police, acting on a tip off, stormed the forest and arrested two of the suspects and gunned down two others during a gun battle with them.

In another case, a man in Awugu, Enugu State ,was kidnapped and taken to Ikwo in Ebonyi State, where the kidnappers collected N1million. After collecting the N1million ransom from the victim, the suspects gave the man N5, 000 from the money to transport himself back to his base in Enugu.

The police ,however, got wind of their criminal act and stormed Ikwo, but on sighting the police, the suspects abandoned the man’s vehicle and the N1million , they collected from him and fled.

Luck ran out on one  of them  who was arrested the following day by youths of the community when he missed his way in the area.

The nabbed suspect, Raphael Nworie, who said he is from Nkanu East in Enugu state told reporters that one of their gang members from Ikwo convinced them to bring the man to Ikwo.

Nworie said”: we kidnapped the man in Awgu, Enugu state on July 24 and brought him to Ikwo, Ebonyi State.

“The man gave us N1million cash as ransom and the money is still in the man’s vehicle we kidnapped him with. We abandoned the money inside the vehicle and fled when police came for us . I was in this business for only two weeks and that was the first time we  kidnapped somebody.

“When we dropped him in Ikwo, we gave him N5,000 and water. The man’s name is Obasi Chigozie.

“We forced the man to give us his ATM pin number and he released it to us. We then went to POS and withdrew the N1million. I am a taxi driver and it is one of my friends that introduced me into this business of kidnapping. He told me to join the business that I would be making more money”.

The State Police Public Relations Officer(DSP) Loveth Odah, while  parading the suspects on Saturday ,said  Obasi Chigozie, who became sick following the incident has reunited with his family. She said that efforts were on to rescue the girl that is being held hostage in a forest in Ezzagu.