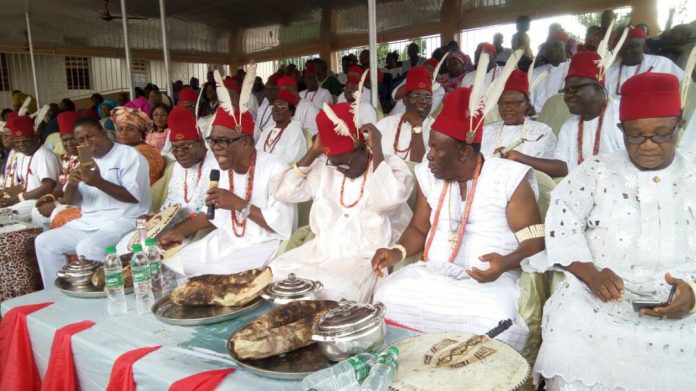 The Guardian gathered that while majority of the traditional rulers rebuffed the attempt, the state government unilaterally articulated a resolution purporting same as coming from the state council of traditional rulers. It would be recalled that traditional rulers from Anambra Central Senatorial District had in a joint statement distanced themselves from any attempt to decree zoning of the governing seat, stressing that all matters regarding the choice of candidates for election depend on political parties.

But incensed by the stand of the monarchs, the state government through the Ministry of Local Government and Chieftaincy Matters raised a resolution countering their stance, mandating all traditional rulers to endorse the resolution or risk the withdrawal of their certificates.

Last week, traditional rulers from Anambra North and South complied with this directive while none of the monarchs in Anambra Central appended his signature to the resolution.

Piqued by this, chieftains of the governing All Progressives Grand Alliance (APGA) have been attacking the chairman of Anambra Central Senatorial District Traditional Rulers Council, Igwe Peter Uyanwa, calling him a traitor.

In the latest attacks, APGA chieftain, Evangelist Chinedu Obidigwe, accused Uyanwa of betraying the state government, saying his emergence as traditional ruler should be questioned. Obidigwe alleged that Igwe Uyanwa “is conniving with enemies of peace and progress” with the aim of thwarting the implementation of zoning in the forthcoming 2021 governorship election.

Peeved at the state government’s slight of the traditional rulers, Eze, shortly after meeting with the monarchs, accused Governor Willie Obiano of “recklessness, misapplication and misappropriation of local government funds. While threatening court action against the governor, he decried the “bastardising the local government system, various constitutional breaches and mismanagement of the monthly allocations from the federation account without commensurate development projects.”

Eze lamented that the government was shortchanging and belittling the traditional rulers, especially by refusing to pay them the statutory five per cent of local government allocation. Commissioner for Local Government and Chieftaincy Matters, Greg Obi, did not take calls or respond to messages seeking his reaction.