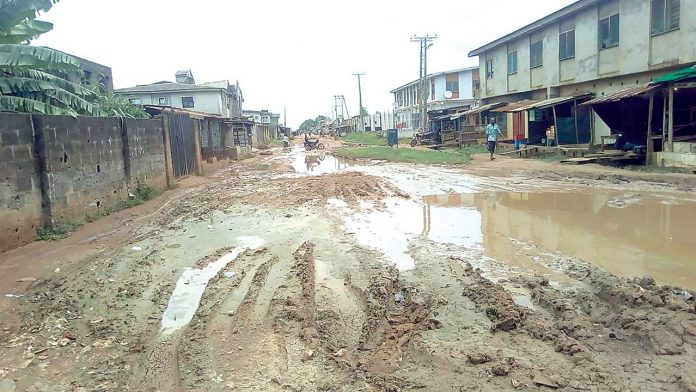 The people of Ezzagu in Ishielu Council Area of Ebonyi State can have some hope following government’s assurance that it would complete the abandoned community’s road before the end of Governor David Umahi’s administration.

Indigenes of the area had complained that successive governments neglected the community in infrastructure development and provision of social amenities.

But briefing journalists yesterday in Abakaliki following a report that the community was experiencing hardship due to the bad road, Commissioner for Works, Ogbonnaya Obasi, said the state government had started constructing the road leading to the area to ensure that it became accessible.

He also said the general hospital in the area currently being rehabilitated would be ready within one week to tackle the health challenges being faced by the community.

He urged the people to exercise patience with the state government, adding that the road was initially awarded to a contractor, but the contract was terminated following slow pace of work.

Obasi explained that the road was awarded to another contractor in February this year and that the contractor had completed 10km of the first phase leaving 5km to be completed.

“But thank God Ebonyi State was created and we now have roads leading to the state. It is on record that the 35kilometre Ntezi-Agba-Isu road was constructed during Governor Sam Egwu’s administration and that road was done on asphalt and completed up to Isu.

“It is also on record that the contract for Agba-Eguhuo-Ezzagu road and the unity bridges were awarded by the immediate past government of Chief Martin Elechi.

“The road was completed but the belly bridge was not completed. But when Governor Umahi came on board, it was completed,” he stated.”

He added that the Ntezi-Isu axis of the road had gone bad, adding that Governor Umahi took it upon himself to award the contract and that for now, about 10km of that road had been completed on rigid pavement and work was still ongoing.

The Imo state governor, Hope Uzodimma, has said he had approved the release of ₦2 billion out of ₦6 billion to Imo state youths...
Read more
Politics

The Governor of Ebonyi State, David Umahi has ordered banks, filling stations and other public and private facilities who closed as a result of...
Read more
- Advertisment -