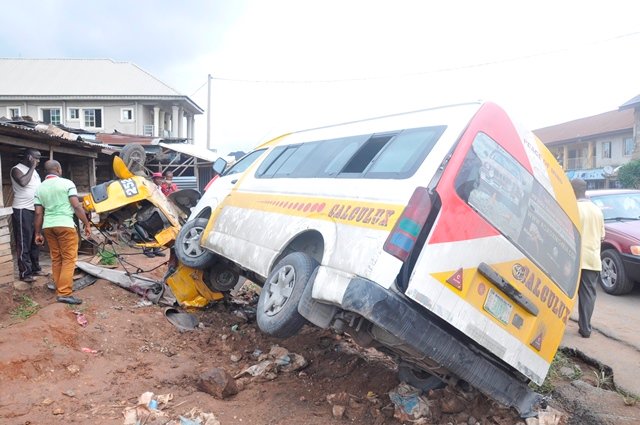 One person was seriously injured while seven others came out unhurt in the accident.

He said: “At about 8.45am today Friday 17 July, 2020 a serious lone Road Traffic Crash (RTC) caused by “tyre burst”, was recorded near Okija Police Check Point, along Ihiala-Onitsha expressway.

“The vehicle involved was a Mitsubishi L300 commercial bus, with registration number NSR774ZF. A total of Eight (8) male adults where involved in the crash. One victim sustained some degree of injury, while the others came out unhurt.

“The injured victim was rushed to ObiJackson Hospital by FRSC rescue team from Ihiala Unit Command. The team also ensured the clearance of obstruction.

“The Sector Commander FRSC, Andrew Kumapayi warns vehicle owners and drivers against the use of substandard or expired tyres.

“They should also ensure they confirm the expiration dates on their tyres and purchase only brand new tyres, to avoid such occurrences.”

Facebook
Twitter
WhatsApp
Email
Telegram
Previous articleDoes Gov Uzodinma Have A Shot At Future Presidency?
Next articleGrowing Up in Aba Taught Me How to Hustle – AFRIMMA Founder