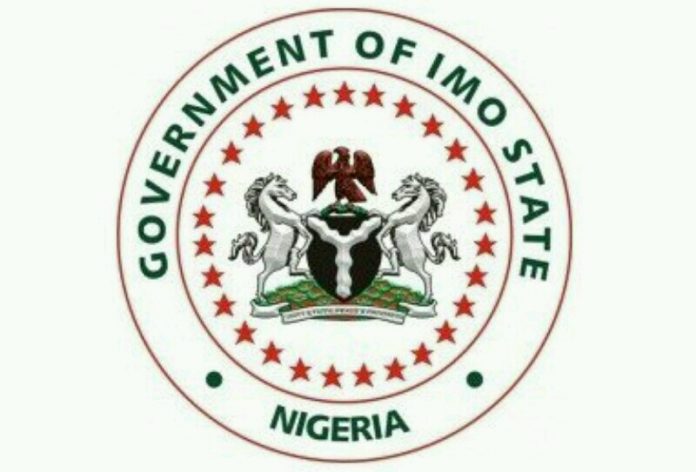 When Governor Hope Uzodinma assumed office in January this year, he was reported to have authorised the immediate payment of pensions and salaries. But he was also baffled that there was no credible nominal pension payroll in the Imo state civil service.

Even the Head of Service, according to the governor, denied knowldge of the document.

To make matters worse, no officer of the departed administration handed over any document to Uzodinma. The consultants who worked with the Emeka Ihedioha regime could also not help after they received a hefty monthly payout of ₦500M for the so-called verification exercise. A decision had to be taken after three months of paying blindly.

As a politician, Uzodinma knew the backlash of delaying payment to the senior citizens would be there. But as a governor who swore an oath to serve transparently and in line with the constitution, he had no choice but to order a forensic audit of the entire pension scheme in the state.

That was when the skeleton started tumbling out of the cupboards. The summary was that the pension scheme was nothing short of a fraud, a bazaar, where a criminal cabal was feeding fat.

Incidentally, just as the government was moving closer to arriving at an acceptable and genuine nominal roll for the pensioners, the beneficiaries of the old rancid order struck back.

Series of demonstrations and protests were organised in February, demonising government and accusing it of insensitivity. Others were also busy, issuing threats of making the state ungovernable for Uzodinma.

Mercifully, the organised labour reacted quickly to douse the tension by exonerating the government from any perceived act of wickedness. First, the Chairman of Nigeria Labour Congress (NLC), Comrade Austin Chilakpu disowned those who went on protests, saying that they were mercenaries. The Chairman of Nigeria Union of Pensioners (NUP), Dr. Josiah  B Ugochukwu, similarly distanced his union from the shameful act of leading frail men and women to the streets in the name of protests.

Both leaders held their arguments on the fact that the government had taken them into confidence before embarking upon the cleansing exercise. They further noted that the members had been duly briefed and could not have embarked upon the protests when the government was working for their interests.

But mischief makers and those desperate to retain the old order increased their tempo of media attacks on the government.

Blackmail became the order of the day, while the government was dared to make public names of those it claimed were defrauding the state of the millions of naira. Not even the plea by the governor that the cleansing exercise was almost over and that pensioners were to be paid soon could sway them.

In order to redeem his name, Governor Hope Uzodinma last week revealed the names of the eight persons who had been collecting ₦330million annually as pension.

They are Ajokubi H.A. ₦65M; Njoku Damian ₦5M; Obasi Canice ₦3M; Anyanwu F.N.₦150M; Emenalo Theresa ₦3M; John Sunday ₦2M; Ajoegbo E.O. ₦2M and Ekedere Eunice ₦32M. That was also how it revealed that Anyanwu Theophilus who was an Imo State civil servant was earning his pensions from the grave, while retired judges were being paid under consolidated health system! If a known name like Anyanwu Theophilus could be used to swindle the state, only God knows how many other ghost names have found themselves into the pension nominal roll.

To sustain an efficient and corrupt-free pension scheme, the government has taken the following measures: Automation of the nominal roll, stoppage of the manual payment, abolition of use of consultants and the abolition of use of microfinance banks which was discovered to be a huge conduit pipe for salary and pensions thieves.

The governor has also promised to migrate Imo state to the contributory pension scheme in a bid to ensure that they get more value for their services. And with the digitalized system of payment now in place, any pensioner can easily access the website to know exactly how much he is being paid and how it was computed.

Also in a bid to carry both the pensioners and Imo workers along in the new pay regime, Uzodinma at the weekend hosted the leadership of Nigeria Labour Congress, Trade Union Congress and Nigeria Union of Pensioners where he personally explained to them the processes that led to the cleansing of the nominal roll. He announced to them that appreciable progress had been made and that pensioners have started receiving their pensions.

The next phase of the battle is what Imo people are looking forward to. As the governor boldly declared, “we can say that we have pinned the cabal of fraudsters down and the time has come for them to pay accordingly for their sins which is the next phase of our crusade”.