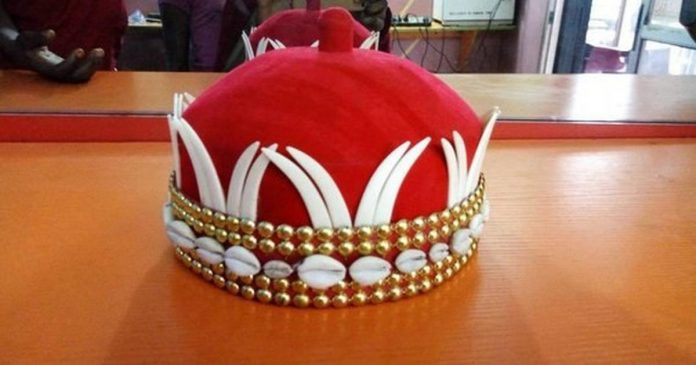 For Ugoeze Celine Ndoh, widow of the Late Eze Azike Ndoh, the Duruononobi III, in Eziachi Orlu, Imo State, life can never be the same again. This is because her home and life-long savings were allegedly demolished by HRH Eze Micheal Ezennaya Ndoh, grandson to Eze Cyril Ejiaga Ndoh.

Currently, she is living at the mercy of neighbours and one Alex Chidi Ndoh, the distraught Ugoeze Celine, who is the incumbent monarch’s stepmother has sent a Save Our Soul, SOS, message to Governor Hope Uzodinma, Imo State Governor and all goodwill Nigerians to come to her rescue and save her children and self from the further threat from her attackers.

Narrating her ordeal, she said, “ I have suffered a lot in the Eze’s hands ever since the demise of my late husband. I want to use this medium to call on, all the women societies in Nigeria and Imo State to come for my rescue.”

The 50yr old woman lamented that in addition to her children and herself being homeless, she lost everything she worked for, including things that remind her of her late husband, blaming the custodian of culture and tradition of Eziachi for frustrating fate.
According to her, “Life has been difficult. I do not have the power to fight the battle. At the moment she is surviving through the help of her neighbors and few relations who were eyewitnesses to the demolition.

She, therefore, called on Governor Hope Uzodinma’s wife Barr Chioma Uzodinma who she described as a virtuous woman to please see to it and make sure that justice is served.
The mother of three said,” I wish to use this opportunity to call on all well-meaning people of Imo, Churches and NGOs to come to my aid.

Ugoeze cried out that the perpetrators want her dead so that they can take over the late husband’s lands. But praised God that she is still alive.
She said the death of her spouse has compounded her woes in life, adding that the 30yr-old monarch and his cohorts blame her for the late husband’s death before displacing her from their marital home.

While reacting to claims that the Eze had built a 2-bedroom flat bungalow for her and her family she said the monarch built the poorly constructed house on the people’s rejected land where those who committed suicide and died mysteriously in the community were buried. She said nobody had ever lived around the land and survived misfortune of losing relations because of its history.

Ugoeze further said the other land showed to her son by the Eze was a flooded land where the community flood is been channeled to insisting that it was the Eze’s tricks to eject them out of her husband’s house.

A cross-section of member of Eziachi community who witnessed the act from a distance said the attack on the poor widow took place last Tuesday July 7th 2020, when the Eziachi Royal Father, Eze Ndoh instructed some youths in his kingdom to destroy the widows only house situated in the same compound in Eziachi and pulled all her belongings outside including some of her food items which were beaten by the heavy downpour.
When contacted, the monarch referred journalists to his lawyer, Barr. Ikenna Ihezuo who said Eze has built a new 2 bedroom flat (bungalow) on one of the nucleus family lands for her to relocate to enable him to demolish the decayed structure, but she refused.

According to him, “Ugoeze and her first son, Wisdom, Eze didn’t consolidate an agreement with them before erecting for them on that place which they never liked as their “alaobi” as according to them, it was far away from the royal family house where she lived with her late husband till he died in the year 2000. So, they refused to park into the house.”
But at the backyard of the Eze which is the only space where they eyed, it was not granted because, according to tradition, it is “ufo Eze ” where nobody is permitted to live in.