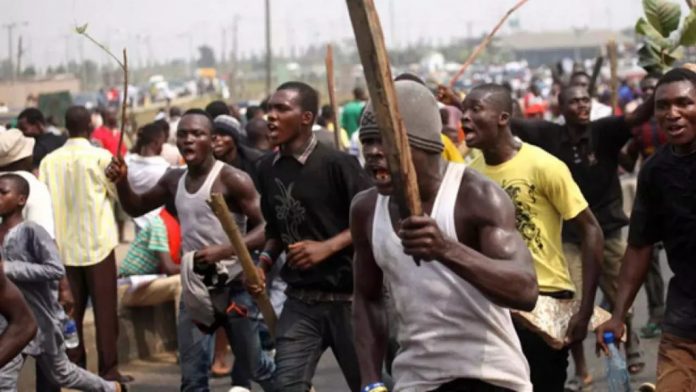 Irate youths have reportedly destroyed no fewer than 150 uncompleted buildings in Oba, in the ldemili South Local Government Area of Anambra State.

The structures, belonging to members of the Udodimma Estate Landlords Association, were allegedly pulled down on Sunday following a dispute on the land.

Addressing journalists on Sunday, the President General of the Udodimma Landlords Association, Mr Frederick Chukwu, said members of the group bought the land from the original owners.

He called on the state Governor, Willlie Obiano, to intervene.

Chukwu said, “Nobody told us that the land was in contention or any kind of dispute, neither did anybody come to disturb us since seven years ago when we bought it and started building.

“We were surprised that some people from Okuzu Mbana community, particularly a very rich man from the community, sponsored the destruction of our houses, making us incur losses of over N1bn on the over 150 ongoing building constructions.”

“The people claiming to be members of the association knew they were in the wrong hands, but were assured of protection by the people who were illegally selling land to them.

“We were shouting that time, but they connived with the people selling land to them to beat and use weapons on our people, because they compromised all security agents that could come for them,” he added.

Facebook
Twitter
WhatsApp
Email
Telegram
Previous articleImo Lawmaker Opens Up On Throwing Glass Cup At Onwudiwe
Next articleMagu Is Much More Corrupt, Richer Than Me – Okorocha