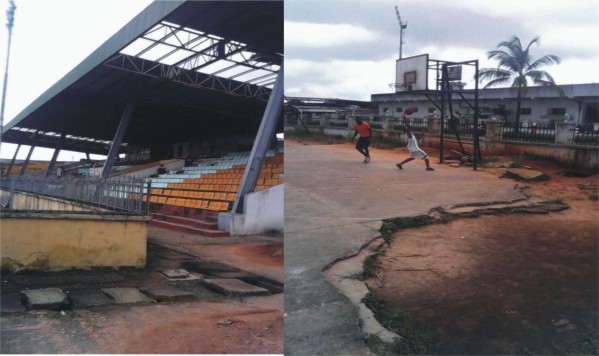 The Judicial panel of inquiry on contracts has embarked on fact-finding on contracts executed at Dan Anyiam’s stadium during Okorocha’s era, otherwise known as Rescue mission period (2011-2019).

The director of sports Mrs Chizotam Aritola was on Thursday cross examined by members of the Judicial Panel of Inquiry sitting at High Court nine (9) Owerri.
Mrs Aritola who said she lives at Military quarters Obinze was dramatic while answering questions from the witness box.

After taking oat from witness box to speak, the sports director told the Panel members that she still stand by the statement made on the 29th of June when the Panel members visited Dan Anyiam’s stadium Owerri for inspection of the work done at the place.  She denied involving in any sponsorship or sports deal involving Heartland foot Ball Club of Owerri adding that two years back, the ministry of sports was fully in charge of things that happened at the stadium and heartland team.

She hinted that she was not satisfied with style of execution of the contracts.  In her words ” renovation carried out at the stadium was done when I was the acting Director of sports but I was not involved even in the Execution of Orlu stadium contract job and Rescue mission sports ministry building that was built very close to the stadium Main entrance which the only new project that was constructed at the place”. Speaking further, she disclosed that the items renovated include, VIP. Rooms, Toilets and all the seats at the stadium.

According to her, the old ones were removed and new ones brought as replacement. She also said that beyond the main bowl of Dan Anyiam’s stadium, there were other renovations done by the Rescue mission Government.
According to her revelations, the grasshoppers International Hand Ball Stadium roof which collapsed sometime ago was replaced with a new roof, new seats and other rehabilitation work was carried at the place.
On the issue of hoodlums living inside the stadium, she declared that right now nobody is living inside the stadium except security men.
“Those living there before now have been sent out”, she told the panel that those who were illegally living in the stadium were not paying any money for rent.  Aritola who narrated that she acted as Director of Sports for more than 9 years said there was a gap before she came back to become substantial Director of Sports in Imo state.