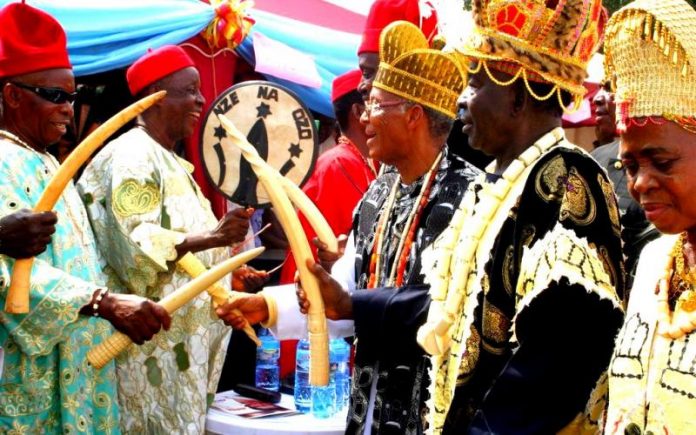 Ndi Igbo actually means Ndi Gboo – ancient people. They are people from the Eastern geopolitical zone of Nigeria in Africa.

Inarguably, Ndi Igbo are people with unrivalled entrepreneurial skills and diligence to succeed in every endeavour they venture into.

The average Igbo man or woman doesn’t believe in failure. They only believe that one can fail when they don’t attempt. This conviction is what has made many from the Igbo race to cross the Atlantic in search of greener pastures.

Ndi Igbo usually have this resilience dwelling in them to succeed irrespective of whatever seemingly odds against them, and oftentimes they return home from their diaspora’s sojourn with unimaginable breakthroughs.

There’s actually no part of the world that an Igbo person is not found working diligently and doing extremely well in their business, chosen career or occupation.

They live in foreign lands, make money from legitimate sources and contribute to the development of their host countries. You rarely find a country or state with an Igbo community without any mind-blowing development. This is not in anyway suggestive of the fact that there are no bad eggs among Ndi Igbo.

Just like every other good tribe or race, there are still criminals and those engaging in all kinds of abominable acts however the good among Ndi Igbo outnumber the bad ones, and it’s upon this premise that we usually hold our shoulders high anywhere we find ourselves as a people worthy to be associated with.

Ndi Igbo, equally believe in the age-long parlance, “Aku ruo ulo,” which literally means, “Let the wealth come home.” With this sort of mindset, we often try our best to return home with our prosperity especially during the festive periods, and this, many from other tribes in Nigeria have misjudged as show-off and unnecessary display of arrogance.

No doubt, Ndi Igbo are usually flamboyant and most times, try to be impressive with their hard earned money but that shouldn’t be a reason to warrant the kind of hatred they go through in Nigeria.

Lots of people from other tribes who loathe Ndi Igbo do so not really because of the above stated characteristics but simply because of our courage to tread on the paths they are so terrified to do so.

These attributes of Ndi Igbo have denied them so much in Nigeria beginning with the country becoming a British protectorate in 1901.

The Colonial invaders who had a hard time with Ndi Igbo prior to their savagery of the noble race, realised that they were not pushovers or people that could easily be intimidated as they did to some of the tribes in what is now known as Nigeria, became sceptical of Ndi Igbo and saw them as a threat to their supposedly conquered territory hence they strategically placed power in the hands of the Fulani oligarchy.

Ever since this malicious political manoeuvre against Ndi Igbo, they have been witnessing nepotism and all other forms of ill-treatment.

This political subjugation which later led to economic sabotage as well as wanton killings of Ndi Igbo in Nigeria was actually what necessitated the creation of the sovereign state of Biafra led by the Oxford University trained General Chukwuemeka Odumegwu Ojukwu of blessed memory, the then military governor of old Eastern region which lasted between 1967 – 1970, and eventually collapsed due to the enormous support the British government gave Nigeria after violating the Geneva Convention during the gruesome battle.

The military warfare clearly had ended close to 50 years now but sadly, the economic, psychological and political battles against Ndi Igbo are still going on earnestly, and the most painful about that is, the powers that be are using the same Ndi Igbo to create discontentment and disunity among Ndi Igbo by way of economic or political gratification.

You now see Ndi Igbo callously fighting and slandering themselves to please the Fulani Caliphate instead of forging a common unity to withstand any form of oppression or supposedly aggression from those who unjustly despise and seek to exterminate Ndi Igbo.

For Ndi Igbo to prevail in Nigeria or actualise Biafra, it’s pertinent that they come together and eschew bitterness.

A house divided against itself can never stand. It might possibly look strong but in reality it is a facade waiting to collapse, and this is exactly our position in Nigeria as Ndi Igbo.

We look so strong politically, and it appears as if we have everything it takes to gain our independence from Nigeria but in actuality, we are only deluding ourselves with our state of disunity so it’s paramount we come together in unity irrespective of political affiliation or allegiance, and unite then decide if we still want a one unified Nigeria where our interests will be duly protected with fair and equal opportunities given to us as a people or sovereign state of Biafra.

With the way, we are going considering our disunity and the nonchalance of political leaders from our region towards our interests in Nigeria, we’ll only end up wasting our time in Nigeria without Biafra’s restoration or restructuring of the country in favour of us and every other geopolitical zone.

Open Letter To Imo Diasporans And A Touch On Biafra