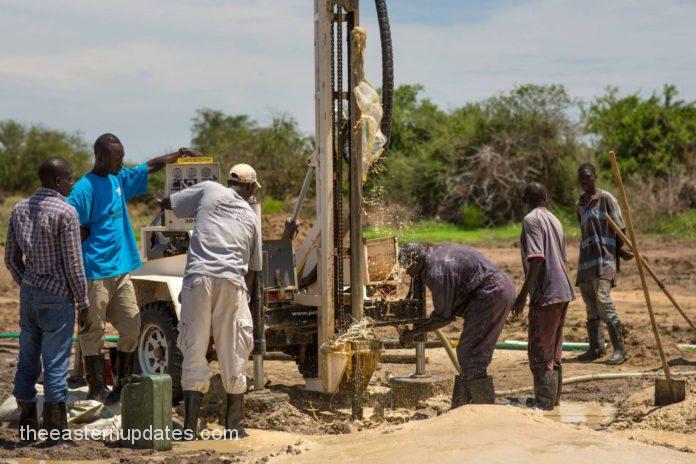 Some of the Elders and stakeholders from Egbema which is a community in Imo State have staged a massive protest over the alleged neglect on their community while getting to demand 50% of the ₦70 billion naira oil tax money which had been paid by some of the oil companies which had been operating in Imo State from Governor Hope Uzodimma.

Most of the elders who had been enraged by the stark underdevelopment and lack of basic infrastructure in the community especially the deplorable state of Egbema roads in Imo State had called on the government of Imo State to reconsider its decision as it relates to the use of the ₦70 billion for the construction of the roads in Imo State.

The Eastern Updates has also recalled that the Federal Government of Nigeria has brought to Imo State 70 Billion (Seventy Billion Naira) as its share of the taxes which had been paid by the oil companies operating in the state.

Basically, those oil companies are operating in Ohaji/Egbema and Oguta Local Government Areas.

The National President who spoke on behalf of the oil rich community, said the Avu-Adapalm-Etekwuru road has been in a deplorable condition and no vehicle plies that road to Egbema.

He said recently, the youth from Owerri West took to the street and stopped vehicular movement along Owerri Port Harcourt road and that led the Niger Delta Development Commission NDDC in collaboration with Imo State Government to award and commence the construction of Avu-Adapalm-Etekwuru road in a fire brigade manner.