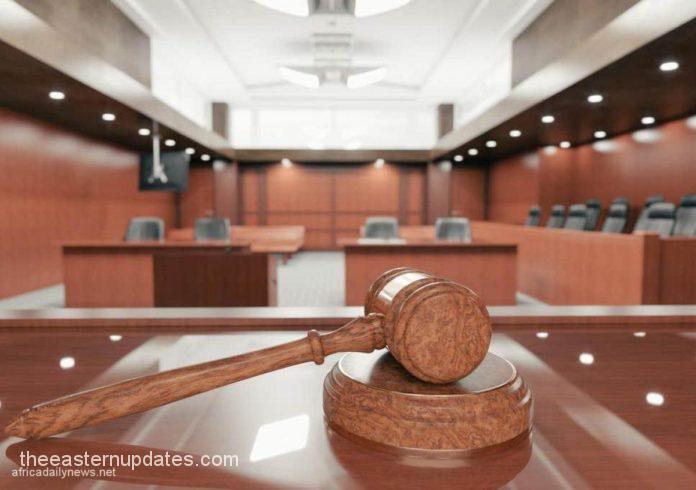 The Nigerian Army lost a landmark case as Justice Maureen Onyetenu of the Federal High Court in Owerri, Imo State, on Saturday, awarded a ₦200m court judgment against the Nigerian Army for killing a businessman, Noel Chigbu.

Whilst delivering the judgment, the jurist agreed with the applicant’s request that the Nigerian soldiers were liable for the killing of the businessman at the Amakaohia flyover in Owerri on April 30, 2021.

Although counsel for the applicant, Brigadier Gen. G.O. Anyalebechi (retd.), demanded ₦1bn in compensation for the killing of the businessman while the court settled for ₦200m.

Read Also: IPOB Denies Involvement With The Killing Of Army Couple In Imo

The counsel said, “I am satisfied with the judgment. Though we asked for N1bn, the court awarded N200m. The court found the Commander of the 34 artillery Brigade Command, Nigerian Army Obinze, and the Chief of Army Staff, liable.

“In military jurisprudence, the Chief of Army Staff and the commander of 34 artillery Brigade Command Obinze are the commanding officers of the officers who killed Noel Chigbu. They are liable for what their subordinates did.

“Instead of the Chief of Army Staff and the commander of the 34 artillery Brigade command Obinze to punish the erring officers, they endorsed their actions. I am satisfied with the judgment but I am ready to meet them at the higher court if they want us to wash our dirty clothes in the public.”

The applicant and elder brother to the deceased, Tobechi Chigbu, said that though no amount of money could equate the life of their brother, the judgment was a relief to his family.

The deceased eldest brother and spokesperson for the family, Tobechi Chigbu, had informed journalists that some soldiers shot dead his brother on the day he took delivery of his new Toyota Camry car and was driving home at the close of work.

The distraught Tobechi said Noel was killed after dropping off his friend and heading home at Amakaohia in Owerri.

He had said that the Deputy Commissioner of Police in charge of operations in the state told the family that the soldiers said they shot his brother dead because he violated their checkpoint rule.

Tobechi had said, “Noel was one of my younger brothers. He would have been 39 on May 18, 2021, unfortunately, he was shot dead on the day he took delivery of his new vehicle. His corpse was dumped at the Federal Medical Centre in Owerri by the soldiers who killed him.”