FEC Approves ₦500m For Completion Of 18.7km Roads In Delta 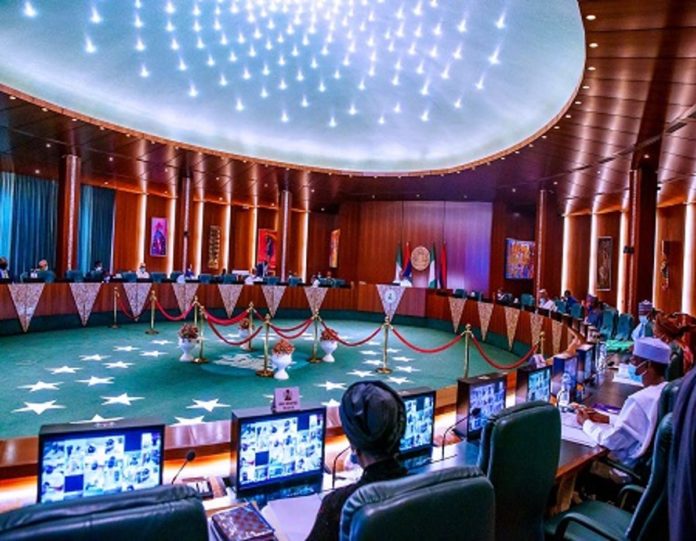 Wednesday’s Federal Executive Council presided over by President Muhammadu Buhari, approved an additional ₦500 million as a variation for the completion of 18.7 kilometers Bulu-Oriagbene road in Bomadi Local Government Area of Delta State.

This was made known to State House Correspondents by Minister of Niger-Delta Affairs, Godswill Akpabio at the end of the two-hour meeting.

He is explained that the construction of the road is a project of the Niger-Delta Ministry, which has already attained 97 percent completion.

Akpabio said: ‘The Ministry of Niger-Delta Affairs presented two memos today at the Federal executive Council and both were approved. One was just augmentation or a variation of the contract for the construction of Bulu-Oriagbene road in Bomadi Local Government Area of Delta State.

The Minister said the contractors have been given six months to complete the project.

Akpabio said the council also approved the floating of a digital platform where projects executed by his ministry can be monitored at all times.

He said: ‘The second memo I presented was on what we call Strategic Implementation Work Plan (SIWP), for the Niger Delta region. The intension here is to have a web-based monitoring system, an e-portal where all the agencies under us and development partners as well as non-governmental organisations including states and local governments that are involved in implementing projects in the Niger Delta region, we will have all their projects keyed into that portal.

‘This is to ensure that at the touch of the button you can see what each company, state or local government or international organisation is doing as they add value to the Niger Delta region.’

Akpabio explained that the reason for introducing the portal is to help in coordination and also prevent duplication of projects.

He also announced that the ministry has so far completed 50 projects that are now awaiting inauguration, which was delayed by the emergence of the COVID-19 pandemic.